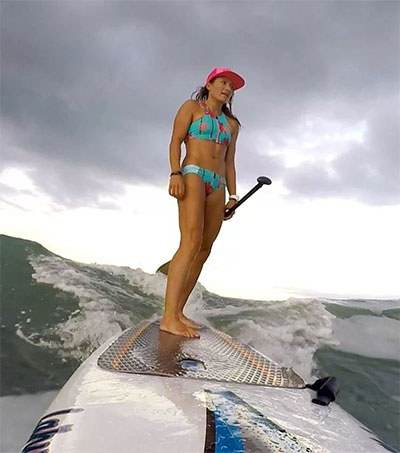 “It was a very tactical race,” Anderson said. “I knew the race would be won in the back half, and that’s where I was able to pull away.”

Anderson was neck-and-neck with Fiona Wylde of the United States until she created some separation over the final five kilometres. Despite how tight it was in the early stages, Anderson was confident she would eventually run away.

“It was close, but at the same time I knew [Wylde] was working considerably harder than me and we were going the same speed,” Anderson said. “She came out fast, and I was able to have an extremely controlled race.”

Anderson is also an elite cyclist and mountain biker. She is originally from Lake Wanaka.