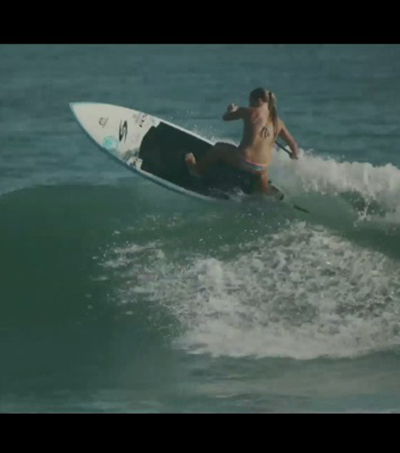 Aucklander Annabel Anderson has been named stand up female paddler of the year at the 2013 SUP Awards in California. Anderson was the 2012 Stand Up World Series champion, Battle of the Paddle champion, and New Zealand champion.

Anderson is on track to defend all those titles, emphasising her dominance of the flatwater scene with her power and stamina.

Her effort in winning last year’s battle of the paddle earned her the performance of the year award.

“Last year, it was a dream come true – I think I was in disbelief when I got to the finish line,” Anderson said.

Anderson has dominated this year’s World Series, blitzing her opposition at virtually all of the eight stops on the tour so far.

She now heads to Hawaii for the tour climax, the World Series final at Turtle Bay.