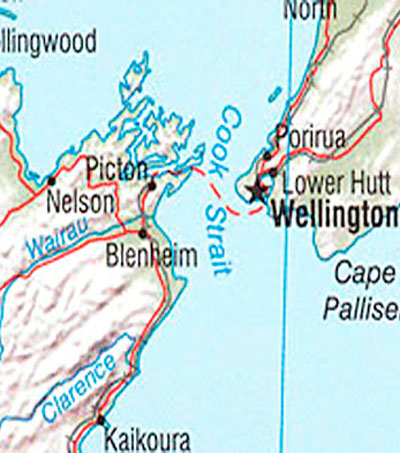 How Do You Go about Kayaking the Cook Strait

In order to kayak across the 22km stretch of the Cook Strait, considered one of the most dangerous waters in the world, general manager at Wellington’s Fergs Kayaks Dave Annear says you’ll need a year of training, paddling in gusty conditions at least twice a week.

The distance across the strait between the North Island and the South Island of New Zealand isn’t that great, but it has “some of the strongest, and most dangerous tides in the world,” Annear says.

“You have to get the tides right and you have to be ready for the winds.”

Despite all this, Annear says, the Cook Strait is a trip of a lifetime. “There’s only a handful of people in New Zealand who have made the crossing,” he says.

This month, New Zealander Annabel Anderson, the Stand Up Paddling World Champion, became the first woman, and only the second person, to cross Cook Strait standing on a paddleboard, in a journey which took three hours and 56 minutes.

Without paddles, the strait was first swum by Barrie Devenport, in 1962.