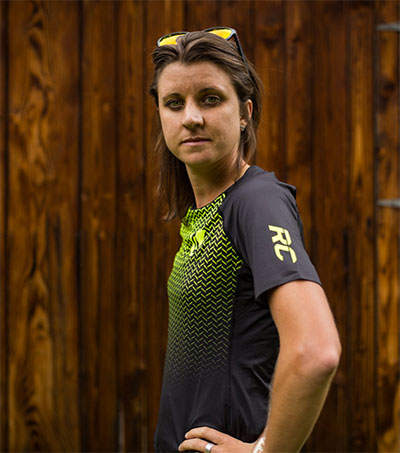 The South China Morning Post’s Mark Agnew reports that China might be famous for its food, but two top trail runners are approaching their pre-race meals with contrasting plans. New Zealander Ruth Croft and American Megan Kimmel, among the best runners in the world, are preparing to battle it out for the Yading Skyrun in Sichuan. Agnew interviews the pair.

“When I lived in Taiwan, I used to come to China to race a lot and I’d always struggle with the food,” Wanaka-born Croft, 30, told the Post. “Last year, I came out and got a dodgy stomach and it’s the last thing you want before a race, but it’s not that exciting eating out of a plastic bag.”

Croft came second in the race last year, and won the OCC at the Ultra Trail du Mont Blanc in August, but one of her main rivals this weekend, Kimmel, is a two-time champion in Yading.

Croft’s recent success, particularly at the OCC, makes her a marked woman on the start line, but she tries to continue to race as she always has.

“There is only the pressure you put on yourself. You’ll have good races and you’ll have bad races and that’s part of it,” Croft said.

“I’ve been at a point in my life when running has been everything and I’ve put a lot of pressure on myself, I just don’t want to go back to that point.”

Croft is focused on running her own race and ignoring what other competitors are doing. There may be a top runner she has never heard of from China, but still, at altitude you cannot allow others to dictate your pace.

She has raced Kimmel a lot, and is familiar with her running style, but Kimmel lives at altitude in Colorado, so it is unwise to try and match her tactics.

“You have to run to your own limits and not worry too much about what else is going on. If you follow someone who is making a break, you’re just going to blow up,” Croft said.

The Migu Run Skyrunner World Series takes place over several months. There are 16 races overall – this week is the Transvulcania in the Canary Islands. The series concludes with the Sky Masters in northern Italy on 19 October.