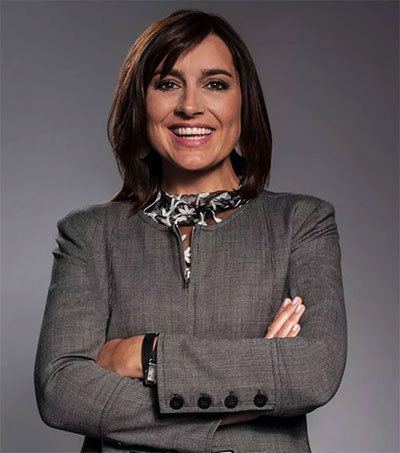 Robb O’Hagan describes the project in a blog post as “a content platform of inspirational and educational articles, as well as programs, tools, workshops and experiences for ALL Extremers of ALL levels who have the guts and drive to achieve their potential and want to learn how to get it done.” (An “Extremer,” according to Robb O’Hagan, is someone who is driven to succeed.)

The inspiration for this content platform – which will be called ExtremeYOU – came to Robb O’Hagan while she was working on her forthcoming book of the same name. In doing research for the book, which is all about success and how to achieve it, she interviewed dozens of high-profile, high-achieving individuals, including top executives, chefs, and athletes. During the course of her research, it dawned on her that many of the insights they shared would be especially useful to young people just getting started in their careers.

“We have an incredible [millennial] generation with an innovation mindset and a desire to make the world better. But I’m concerned that they’re not driving change because they come into the world with expectations of getting promotions, of thinking they deserve everything without truly striving,” she says.

Robb O’Hagan plans to blog about her experience launching the new business in real time, hopefully setting an example of what an “Extremer” looks like. “I know that now is one of those times when I need to walk my own talk because I believe I am walking towards the most exciting and valuable work of my life,” she wrote in the blog post. She hopes that by sharing everything it takes to launch a successful business (“warts and all”), she can show the younger generation what it takes to win.

The platform, which she co-founded along with close friend and former Atari executive Lauren Schechtman, is set to launch in the second half of 2016; the ExtremeYOU book will be published in early 2017 by HarperCollins. Both include significant input from Columbia professor and writer Greg Lichtenberg and Wharton professor Adam Grant, who is well-known for co-authoring a series of New York Times articles with Facebook COO Sheryl Sandberg.