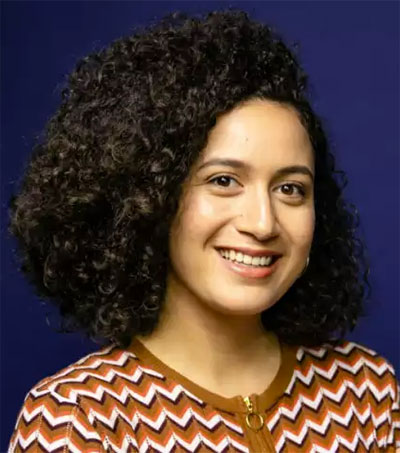 New Zealand comic Rose Matafeo, 26, has won the biggest comedy award at the Edinburgh Festival Fringe for her show Horndog, becoming only the fifth female comic to win the Edinburgh Comedy Award since it was instigated in 1981.

Matafeo, the first ever New Zealand winner, has followed in the footsteps of Australian comic Hannah Gadsby, who shared the £10,000 award with John Robins last year and went to have her show snapped up by Netflix.

Matafeo, who has Scottish roots through a grandmother in Lanarkshire and who has just relocated from Auckland to London, has been performing stand-up since she was just 15, when she enlisted in a schools programme run by the New Zealand Comedy Festival.

She said: “I really didn’t expect to win and felt a bit silly when I had to go up get the award as I hadn’t prepared anything to say.

“There are so many incredible shows by women this year. The quality is just insanely high. It’s a reflection of how things are changing.

“It feels so exciting to be part of and I feel really lucky to be doing comedy at a time when space is being made to hear stories by women and their voices.

“It’s great to get girls in their twenties coming up to me after a show and saying: ‘I completely get what you are talking about.’

“I always say that I make comedy for people like me and I’m happy to keep catering to them. It’s a huge audience, but it’s one that has maybe been ignored.”

Matafeo’s show includes a sequence recalling the events which unfolded when she was a teenager and declared on an online Franz Ferdinand fans forum that she wanted to marry Kapranos, who she met in Edinburgh the day the nominations for the comedy award were announced.

She added: “Winning this award is incredible, but I have to say that meeting Alex Kaparonos still eclipses everything else. My 14-year-old girl self is losing her mind.”