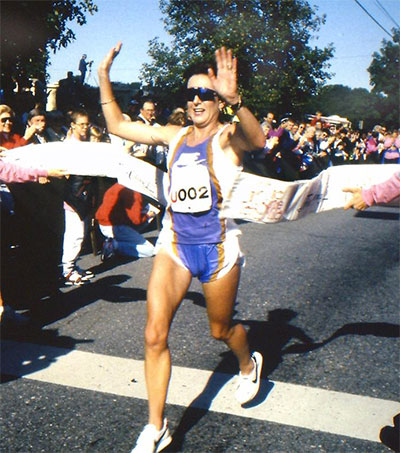 More than 4000 descended on Lynchburg for the annual Genworth Virginia 10 Miler and its sister races to see course record-holder New Zealander Anne Audain return to the Virginia city for the first time since 1991, the year of her sixth 10 Miler win.

As a professional athlete and Olympian, hills like Lynchburg’s were one of Audain’s specialties.

At the age of 25, Audain, a New Zealander, moved to the US and began running professionally. After winning a race in 1981 in Portland, Oregon, Audain was presented with a $10,000 cheque which she accepted, hoping it could keep her in the country a little while longer.

The precedent – a woman getting paid for running prowess – got her permanently banned from the sport by the New Zealand Federation opening the door to female runners being paid like their male counterparts.

Other race directors ignored the ban, inviting Audain to race, including those at the 10 Miler.

In a 1986 interview with News & Daily Advance, Audain said Lynchburg had become her home away from home.

“I don’t need to go out and look at the course,” she said in the interview. “I know where every ache and pain is out there. I know where it hurts.”

At the age of 62, Auckland-born Audain has won more road races, male or female, than anyone in the 1980s.