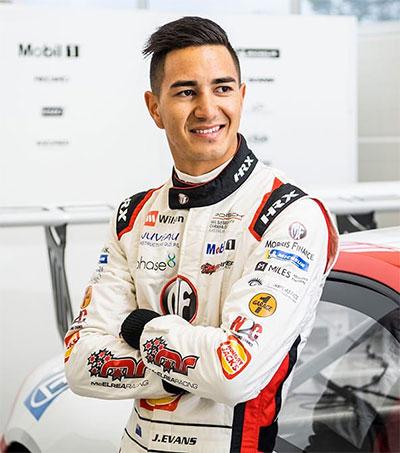 It’s been a whirlwind 18 months for New Zealander Jaxon Evans. Just days after securing last year’s Australian Carrera Cup title, Evans, 22, who is originally from Levin, jetted off to France for the Porsche junior shootout, where he beat the best young Porsche drivers in the world to €225,000 worth of funding for a Supercup drive. Andrew van Leeuwen interviews the racer for Motorsport.com.

Evans has since relocated to Germany and is now midway through a packed programme that includes both the Supercup and German Carrera Cup, van Leeuwen writes.

It’s not been the easiest transition, however a fifth last time out in the Supercup at Silverstone, and a pair of podiums in Carrera Cup (Hockenheim and Norisring) are signs that genuine progress is being made.

“Every time we’ve been out on track we’ve improved where we are in terms of one-lap speed, race speed, track knowledge, things like that. It’s slowly coming to me, which I’d hope it would be given we’re half way through the year,” Evans explains.

“If we can keep improving throughout the year, that’s all I can really ask for. I feel more prepared for what to expect each time we go to the racetrack.

“I think I’m doing a good enough job to hopefully secure a position for next year with Porsche and the junior programme. Maybe the first season hasn’t been as great as previous Porsche juniors, but like I said I’ve improved each time I’ve gone out, I’m learning from the mistakes or areas we need to improve.”