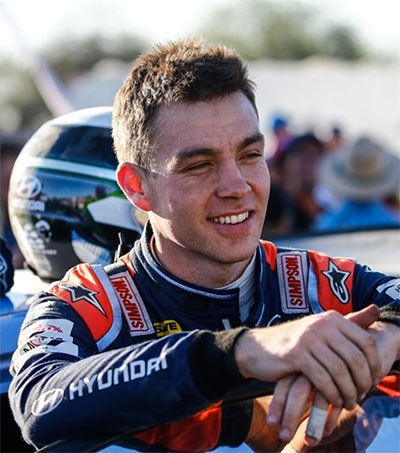 The Hyundai driver, tipped as a future world champion, inherited a handsome lead after Finn Jari-Matti Latvala crashed out in his VW Polo the previous day.

And Paddon held his nerve over the three closing stages although he had a scare on the fourth day’s opener when he lost time to Ogier after a gearbox change.

Cheered on by 65,000 roadside fans, Geraldine-born Paddon kept his cool to clock the quickest time in the concluding power stage in El Condor to win his first World Rally Championship (WRC) rally by 14sec, and the first by a New Zealander in WRC’s 43-year history.

On being told he’d won Paddon celebrated by jumping onto the roof of his car and saying: “I don’t believe it, I didn’t think we could do it.”

“I gave that last stage everything I had. Tight and twisty roads like El Condor aren’t my strength but I drove the stage of my life,” added Paddon, who financed his early years in karting with a job in a fish and chip shop and whatever part-time work he could get.

“He’s a great rival, we can county on him. I like a good fight,” Ogier said.