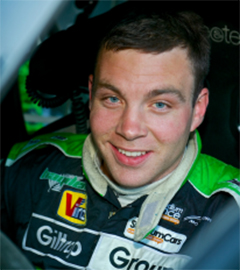 26-year-old New Zealander Hayden Paddon drove a modern generation world rally car at the Rally de Espana in Spain last month, making him the first New Zealander to do so.

The car Paddon was driving was a Ford Fiesta RS WRC, the likes of which no other New Zealand driver has raced in.

The Geraldine native has said his top 10 finish was one of his team’s goals, and an “amazing experience.”

The Rally de Espana track is based on Spain’s Costa Daurada in the country’s Tarragona region, and is uniquely challenging as it has both gravel and asphalt stages.

He does describe the day as “trying”, given that he had not been able to test the car on a gravel track prior to the big race.

“This rally has all been about progression, and we have learnt a lot from it,” he said. “There is still a long way to go.

“This experience has taught us that we need more seat time to be competitive, and we’re sure we can be.”

Paddon is absolute that he wants to be in a World Rally Car next year.

“Now we must continue to work hard, evaluate this event, learn and become stronger from it.”

The rally was won by French driver Sébastien Ogier, who was the Junior World Rally Champion in 2008.

“Between the collapse of newspapers, the misfortunes of digital media, and the economic wreckage of the coronavirus pandemic, writing for a living can feel like a cold, dreary, morale-sucking march to…