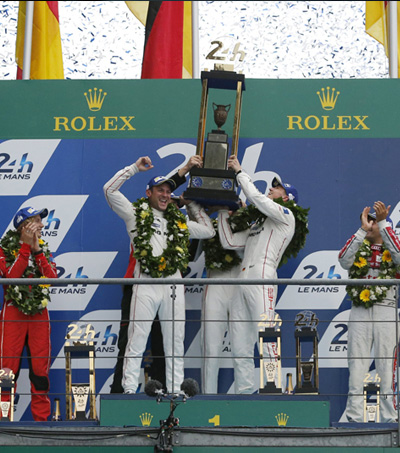 The winning Porsche “had both pace and was trouble-free, running flawlessly from third on the grid to the finish”.

Bamber and Hülkenberg had never competed at the circuit before, which makes their win even more so impressive.

Last year’s winners André Lotterer, Marcel Fässler and Benoît Tréluyer for Audi came third. Audi experienced reliability problems during the night, which put No19 on top of the race.