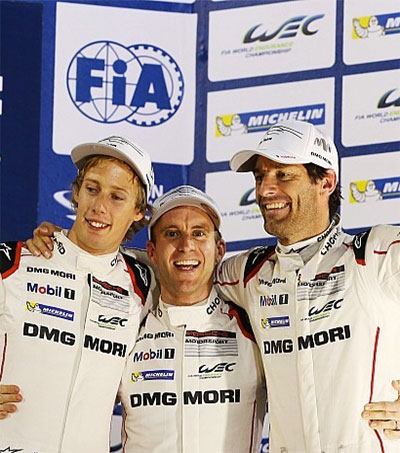 The trio took the title after Hartley’s number 17 Porsche finished fifth in the Six Hours of Bahrain, to became Porsche’s first world sportscar champions since 1986.

Palmerston North-born Hartley said he drove two clean stints “driving flat out” in an attempt to catch the two Toyotas, as he knew every second could be crucial.

“The boys in the pits did a fantastic job to get us out again and, of course, it was absolutely crucial that our sister number 18 car stayed in the lead. A true team effort. Incredible,” Hartley said.

Hartley was a reserve driver for Red Bull in 2009 and 2010 and tested for the team when Webber broke his leg in a cycling accident in 2008.