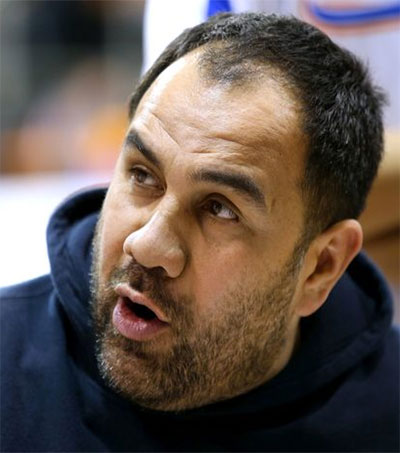 Pero Cameron to be Inducted Into Hall Of Fame

Former New Zealand basketball player Pero Cameron, 43, will be inducted into the International Basketball Hall of Fame at a ceremony in Geneva in late September.

He won nine national titles as a player and two as a coach an also won a Commonwealth Games silver medal in 2006.

He played in the black jersey for 17 years.

He is the first New Zealander inducted into the FIBA Hall of Fame.

In the letter from FIBA secretary general Patrick Bauman, Cameron’s incredible career was described as having greatly contributed to the growth of the game in New Zealand, and around the world.

Basketball New Zealand CEO Iain Potter said Cameron’s recognition was wholly deserved and an incredible honour for the man, our country and for the game.

“Pero has been such a massive influence on the game, on and off the court,” Potter said. “His strength and presence as an amazing player and the sheer power of his personality has been such that he truly in a giant of the game, in literal and metaphorical terms.”

Former teammate and national coach Nenad Vucinic is in no doubt as to the status of Cameron on the world stage.

“He is unique, as a person and a player,” Vucinic said. “This is a well-deserved award and should have happened a long time ago, but is really a reward to all of basketball in New Zealand, but he is the face of New Zealand basketball for years and I am so thrilled to see this happening for him.”

Cameron is currently on tour with the Tall Blacks in Beirut at the FIBA Asia Cup, in an assistant coaching role.