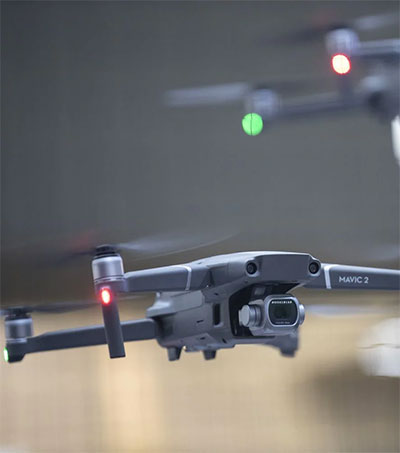 In New Zealand, farmers are using drones to herd and monitor livestock, assuming a job that highly intelligent dogs have held for more than a century, and though the robots have not replaced the dogs entirely, they have appropriated one of the animal’s most potent tools: barking.

The DJI Mavic Enterprise, a $3500 drone favoured by farmers, has a feature that lets the machine record sounds and play them over a loud speaker, giving the machine the ability to mimic its canine counterparts.

Corey Lambeth, a shepherd on a sheep and beef farm, told Radio New Zealand (RNZ) the machines are surprisingly effective. “That’s the one thing I’ve noticed when you’re moving cows and calves that the old cows stand up to the dogs, but with the drones, they’ve never done that,” he said, noting that means the drones move livestock faster, with less stress, than the dogs do.

Farmers told RNZ the drones come in handy for more than just herding cows and sheep. The robots allow farmers to monitor their land from afar, monitoring water and feed levels and checking on livestock health without disturbing the animals.

Jason Rentoul told RNZ last spring that a two-hour herding job that used to require two people and two teams of dogs could be accomplished in 45 minutes using a single drone. “Being a hilly farm where a lot of stuff is done on foot, the drones really saved a lot of man hours,” he said. “The drone does the higher bits that you can’t see [from the ground], and you would [otherwise] have to walk half an hour to go and have a look and then go, ‘Oh, there was no sheep there.’ ”

In New Zealand, farmers say some dogs already are learning to work alongside drones, identifying the machines as more co-worker than foe.

“A good herding dog, he’s already figured out if the drones are working on that side, I’ll go over here [to the other side] and work over here,” Rentoul said.

“There’s definitely going to be places for dogs always on farm,” Lambeth said. “The one downside of the Mavic [drones] or anything electronic is you still need to bring them in and charge them.”