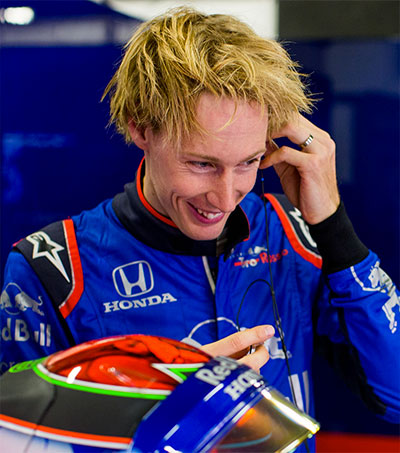 A demotion from the Red Bull programme allowed Palmerston North-born Brendon Hartley to seek new ventures, with the driver going on to forge a reputation in sports car racing that he was never able to in single-seaters, leading him to join Porsche’s illustrious World Endurance Championship outfit in 2014.

Hartley then made his Formula One debut for Scuderia Toro Rosso at the 2017 United States Grand Prix.

In truth, Hartley’s opening four Formula One races were frustrating. Toro Rosso and Renault’s relationship was winding down into acrimony as the reliability issues piled up, meaning the New Zealander spent most weekends dealing with a failure or a grid penalty. Not only that, he was mixing Toro Rosso with his final Porsche WEC commitments, meaning a fatigued Hartley showed up at the F1 finale in Abu Dhabi.

But it gave Hartley invaluable experience and he feels it puts him in a “dream” scenario for the Australian Grand Prix, the first of 21 races this season.

“I was happy how I dealt with it, all things considered. I tried not to let the attention fluster me, I just kept things simple and not over-think things, which was important,” Hartley says.

“It’s not just tyres, there’s loads to learn, so having those first four races under my belt at the start of the season is fantastic, it’s given me the winter to digest and think about.

“There’s so many little experiences you put in the back of your mind and are great ahead of your first full season. Now I obviously have a lot more time to properly prepare, to be honest having some experience under my belt now is pretty much a dream scenario.”