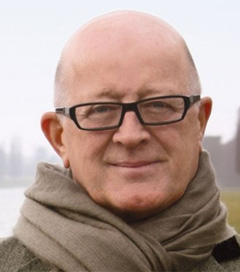 New Zealand-born designer Veere Grenney is included on the 2014 Architectural Digest’s AD100 list as one of the world’s top architects and designers.

With his interiors shaped by three fundamental qualities – harmony, clarity and balance – Greeney’s designs are in demand world-wide, with his London-based company fielding projects from Sweden to Connecticut.

When asked where he grew up and how it influenced his work Greeney commented: “I grew up in Remuera, Auckland, New Zealand. The influences were obviously living in a suburban environment by the sea. Neither of these show in my work at present but the glorious thing about suburbs is you begin to understand houses and how they work and, most importantly, how environments really relate to where the houses are.

What would Greeney be doing if he wasn’t working in design? “I’d be a postman on Waiheke Island in Auckland, New Zealand because I love walking, I love being by the sea and I love reading other people’s postcards!”