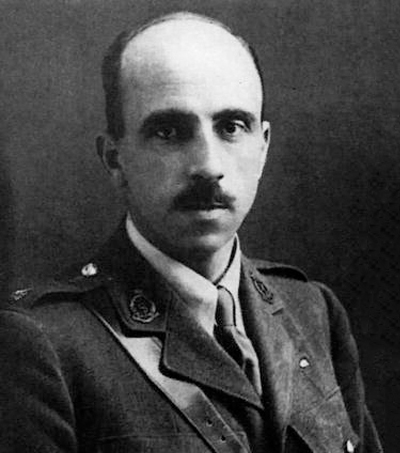 Faces from the Front: Harold Gillies, The Queen’s Hospital, Sidcup and the Origins of Modern Plastic Surgery by Andrew Bamji “highlights the work of young surgeon Harold Gillies, who repaired the faces of those who were injured and shipped back home between 1914 and 1918,” writes Claudia Tanner in an article for the Daily Mail.

“During the Great War, facial injury became a major focus of medical attention for the first time,” said Andrew Bamji in the book’s introduction.

“Of all the horrific injuries suffered by soldiers during the conflict, facial wounds were the most obvious and had the capacity to cause the most reaction among those who viewed the wounded. This book is about the men who suffered from facial wounds, and the surgeons who repaired them.”

“This work places emphasis on one man, Harold Gillies, whose drive and innovative approach were fundamental to these developments.”

New Zealand Legend Harold Gillies “spent years restoring the dignity of men who had been prepared to sacrifice their lives,” as reported in the article. “His incredible skill saw him use a rib to reconstruct a jaw. He also spent six years and 19 operations restoring a cheek, upper lip and nose of another soldier.”

The newly released book also shows impressive before and after photos of soldiers’ facial injuries and “offers insight into early reconstructive surgery and devastating impact of WW1”.

Sir Harold Gillies was born in Dunedin, New Zealand in 1882. In 1901 he entered Cambridge University (England) to study and later on undertook formal medical training at St Bartholomews Hospital, London. When World War 1 broke out Gillies joined the Red Cross and was subsequently sent to Belgium as a commissioned officer.

Chance encounters on the way sparked his interest in plastic surgery. In 1916 his request for a British plastic surgery unit was granted. He became Britain’s first plastic surgeon with full responsibility for getting the Aldershot unit up and running. To read more about the Father of Twentieth Century Plastic Surgery read our NZ Legends story here.