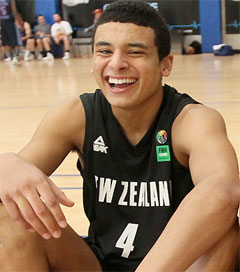 Huskers point guard prospect New Zealander Tai Webster is considered the prize of Nebraska coach Tim Miles’ first recruiting class. ESPN.com rates Webster as a four-star recruit with the following summation: “Webster is a scoring combination guard who can score at a high level, handle and pass. He has international playing experience that should help him be ready to compete right away on the major college level.” Webster, 17, is believed to be the youngest player to make the New Zealand national team. His father, Tony, was considered a legend in the New Zealand professional league. His older brother, Corey, has also played professionally.