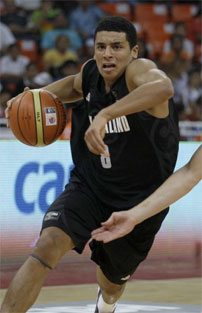 New Zealand point guard Tai Webster has committed to studying and playing at the University of Nebraska. Webster, at 17 years old, is a rising star, having become the youngest player to ever make his country’s national team. ESPN college basketball analyst Fran Fraschilla told the Lincoln Journal Star that Webster was a great pick up for the division one Huskers. “He can score, he can drive, he’s strong, he can make the three, pass it. He’s a 6-2 guard that’s multi-skilled. He’s a skilled player. He’s not just an athlete,” Fraschilla said. Webster reportedly also fielded an offer from the University of Pittsburgh, where New Zealand NBA prospect Steve Adams will play this year.