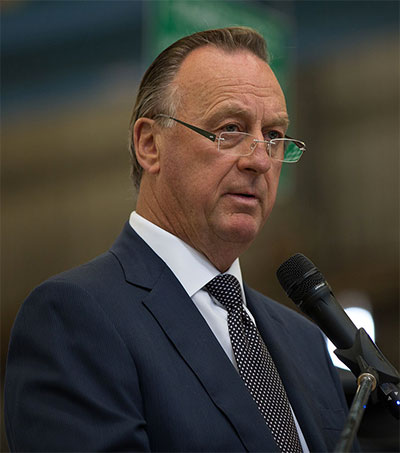 After a year of frenetic deal-making, 2019 is shaping up as a year of execution for Mineral Resources boss, New Zealand-born Chris Ellison. The West Australian includes Ellison in a feature looking at mining executives and what this year has in store.

The Perth-based rich-lister has grand ambitions for his listed miner and processor but has also developed a searing reputation for getting things done.

Atop his list of priorities this year will be bedding down the US$1.15 billion joint-venture deal he struck with US chemicals giant Albemarle over the company’s Wodgina lithium project last month.

MinRes will look to bring its 750,000tpa spodumene concentrate plant at Wodgina into production early in the new year and then turn its attention to getting started on a $2 billion, 100,000tpa lithium hydroxide plant, using the know-how of Albemarle for its design.

If successful, MinRes will become a serious player in the global lithium market.

Other initiatives include the Mackintosh joint venture graphite project, the synthetic graphite partnership with Hazer, plans to market a lightweight carbon fibre dump tray and developing the assets of the former Empire Oil & Gas to provide energy for the company’s increasingly sprawling operations.

Ellison himself has described 2019 as looking like the most important year in MinRes’ history.

But while execution will be the focus, Ellison is unlikely to stop doing deals any time soon.