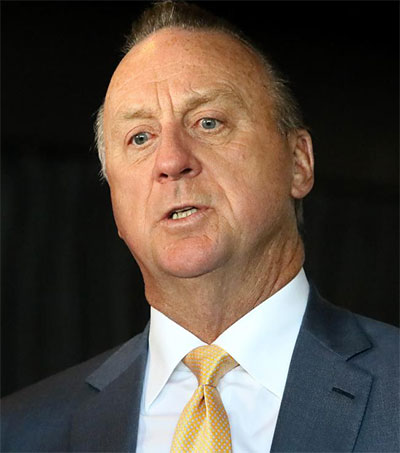 More than 450 people attended the glittering black-tie ceremony in Perth to acknowledge stand-out organisations across the corporate, government, community and not-for-profit sectors.

As a founding shareholder and managing director of the WA mining powerhouse, Ellison is now steering MinRes towards its next goal of becoming a leading global supplier of lithium.

Shares in the company have been driven to fresh all-time highs in recent months on the back of increased shipments that last year rose 700,000 tonnes to 3.5 million tonnes.

Ellison left school at 15 and worked in Darwin before arriving in the Pilbara just in time to secure work on the construction of the North West Shelf gas venture.

He said there had been no shortage of defining moments in his career.

“The sort of business I’m in, cash has always been king,” he said.

Ellison said the role leaders played in their organisation had evolved as employees’ wellbeing and safety become key facets of success.