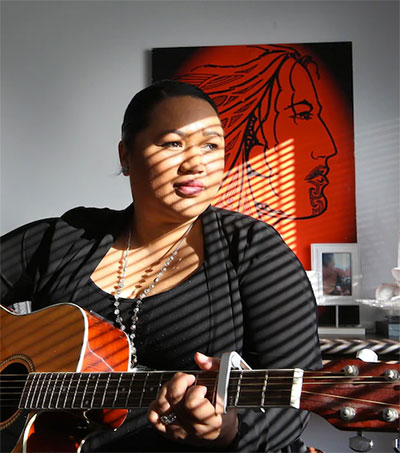 New Zealand-born Paula Parore will perform a captivating tribute to songstress Aretha Franklin in Kalgoorlie-Boulder next month, but the singer’s professional career has not always hinged on the performing arts.

A self-confessed sports fanatic, Parore was a keen touch rugby and netball player before she moved with her family to Australia in 2007.

It was not until her children asked their mother about her own childhood aspirations that Parore decided to invest more time into her singing.

“I was singing at home in New Zealand just for fun but not professionally, then I came here and decided to give the singing thing a really good try,” she said.

Parore was already a working musician before appearing on the inaugural season of The Voice Australia in 2012, singing alongside season winner Karise Eden.

Parore said her 2012 and 2015 appearances on the show had introduced her vocal abilities to a whole new audience and gave her a foot in the door to the music industry.

“The Voice gave me what I wanted it to and I could do more gigs and reach out to children to say that dreams do happen if you work really hard for them.”

Parore also works as a musical theatre teacher and actress and has performed overseas including in the US, Bali and New Zealand.

She brings her Morning Melodies show to Kalgoorlie’s Arts Centre on 10 April.

“I don’t dress up or anything like Aretha, but what I do is honour her with songs she’s created or she’s made famous,” she said. “I just absolutely love everything about her … The power, the emotion, just the way she is really big on empowering women. She would sing songs that would lift women, make them feel strong and talk about loving a man and just letting all those emotions come out.”