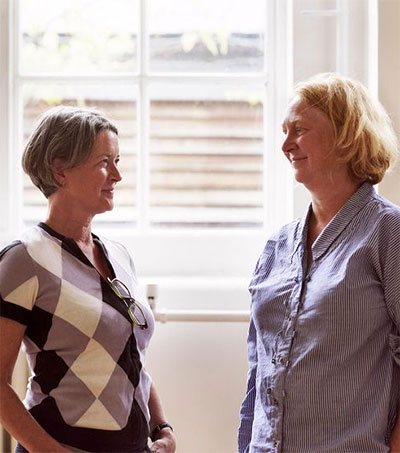 One of London’s most discreet restaurants, co-owned by New Zealander Margot Henderson and Briton Melanie Arnold, will step out from behind its red-and-brown brick walls next month when Rochelle Canteen emerges from Shoreditch in the East End to open a café, bar and restaurant in the heart of the city, just up the road from Buckingham Palace.

Rochelle Canteen will open an outpost at the Institute of Contemporary Arts (ICA). Chef Henderson and her longtime friend and business partner Arnold opened the canteen in 2006. The original plan was to serve local employees.

“The lovely thing is that it developed very slowly, and we could cook the food we wanted,” Henderson said. “And then one day we heard the buzzer and people started to come. Suddenly, we had chefs and money in the till. There was no great thinking behind it but it became something that was very dear to our hearts.”

Arnold and Henderson’s attitude has helped make Rochelle Canteen a magnet for chefs, artists and other creative types. “We like parties,” their website says. “No rules, everything will be great. We’re nice people and we have fun.”

The food helps, too. The menu of unfussy British dishes has many fans, and it will be similar at the ICA. Henderson and head chef Ben Coombs plan to serve dishes such as pumpkin soup, and pheasant and trotter pies.

Henderson was born in Wellington.