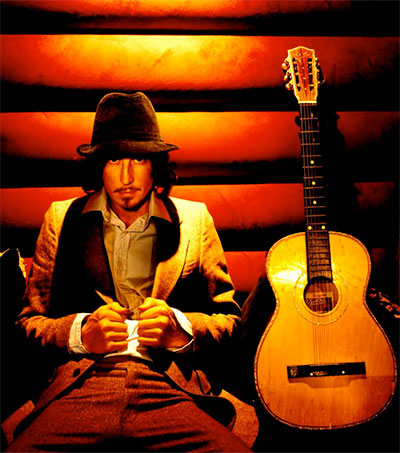 Making Music with Sustenance and Soul

Blair Jollands, who is signed to Boy George’s label More Protein, “is a real songwriter’s songwriter with sustenance and soul”, according to Contactmusic, who talked recently with the London-based New Zealander about writing for film and about what we can expect from his third album out later this year.

A trained mastering engineer in New Zealand, Jollands, who worked as a sound engineer on the film Shackleton, said his film career came about because he knew how to work an old piece of equipment called an Audio File.

“That skill came in handy one day when I went looking for something new in a post- production facility in Soho where three people had walked out the same day I eventually branched out and started my own recording and sound design company.”

Jolland’s forthcoming album is he says, his “humble take of current events.”

“A lot of the songs look at the decay of obsolete systems – political and social. It’s topical but interlaced with modern everyday life – love, loss, joy and tragedy. Tom Waits put it nicely: ‘We are confusing information with knowledge, we are monkeys with money and guns.’”

Jolland’s first two albums, Hotel and Violent Love were described as “epic and elegant” by Uncut and “classy” by Tim Jonze at NME.