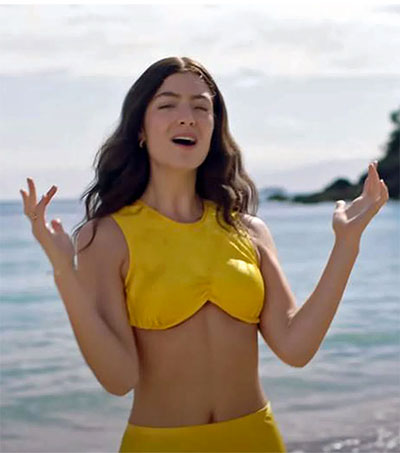 Solar Power the Best Song in the World

Lorde’s ‘Solar Power’ has won Best Song In The World at the BandLab NME Awards 2022, with the title track of the New Zealand pop star’s latest album, beating nine other nominated songs by the likes of Olivia Rodrigo, The Kid LAROI, BTS and more.

Lorde, 25, accepted the honour in appropriately summery ‘Solar Power’ fashion – via a video filmed from a pool, Karen Gwee reports for NME.

“Hi, NME! I’ve heard I’ve just been awarded the best song in the world and I’m really grateful for that,” she said.

Lorde thanked Primal Scream, whose Screamadelica single ‘Loaded’ was an inspiration for ‘Solar Power’. “I wanna say thank you to Primal Scream for writing such an awesome piece of music that subliminally inspired me, and thank you to all of you for listening in,” she said.