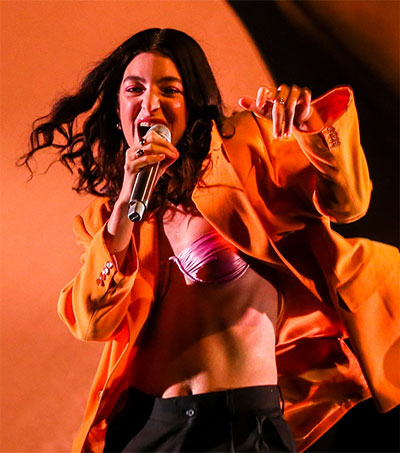 It’s been nearly a decade since New Zealand pop star Lorde rocketed to stardom at the age of 16, propelled initially by the chart-topping single “Royals” and then a steady stream of other terrific cuts from the amazing 2013 debut Pure Heroine. Now 26, the singer recently performed in San Francisco for a sold-out show at the Bill Graham Civic Auditorium, as part of her 2022 Solar Power US tour. Jim Harrington reviews the show for The Mercury News.

“The fans roared in approval at basically every move, note or smile Lorde would make during her roughly 1 hour and 45 minutes onstage,” Harrington writes.

“The show was nothing short of brilliant, serving as yet another statement that Lorde – now 10 years and three records into her career – deserves to be ranked as one of the greatest pop artists of the millennium.”

Lorde heads to London next, beginning at the O2 Academy, where she begins the UK/Europe leg of the tour supported by fellow New Zealander, Marlon Williams.

Original article by Jim Harrington, The Mercury News, May 4, 2022.