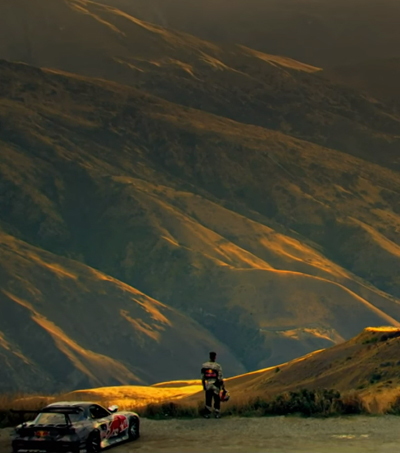 “Mad Mike Whiddett has been pushing the limits of speed since boyhood. If you’ve followed this guy’s career, you really shouldn’t be shocked by his outstanding success,” reports an article in Drifted.

Whiddett’s need for speed became evident when he was still a child. “He used to pelt downhill on his tricycle. A few years on, he discovered the rush of BMX, then as a teen accelerated to freestyle motocross.” “This was when the ‘Mad’ was added to Mike, thanks to his tricks,” reports the article. In late 2006, he swapped two wheels for four, and began his journey into pro drifting.

“Throughout his career, Mad Mike Whiddett has claimed many victories, including the first ever drift driver in New Zealand to win an award from the Motorsport New Zealand for Outstanding Achievement.”

About his cars Whiddett said: “Every one of my cars is a dream build. I’m honored and privileged to be able to work with the world’s leading brands, and each time I’m building these cars, it is the dream car. For competition, we want the car to be as fast, as explosive and to have as much grip as possible.”

“Mike is one of drifting’s best entertainers. He’s taken on drift projects that show off his skills”. Some of these include:

When he’s not drifting Mad Mike is “focusing on his sign writing and graphic design company” – CRE8GRAFX, which he’s been building in Auckland since his early 20s.