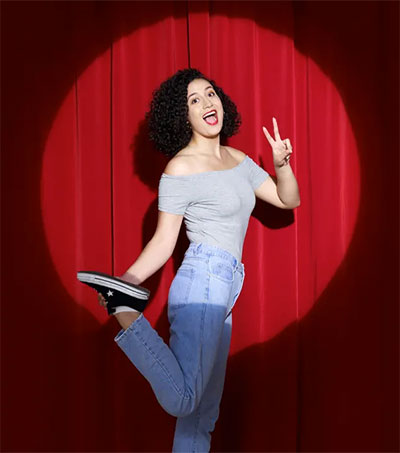 Love and Being Female in Comedy with Rose Matafeo

At 18, Matafeo was the best newcomer at the 2010 New Zealand International Comedy Festival, and it wasn’t long before she was cracking jokes on TV screens: first, as a presenter on (now defunct) channel U, before going on to be lead writer and star in the New Zealand sketch show Funny Girls.

“It was so funny that it happened, in the most surreal way,” she tells Broadly correspondent Michael Segalov at London’s Soho Theatre, where Horndog recently completed a four-month run. “I’m an incredibly ambitious person, but I had no plan of how to process it.”

Does Matafeo think now is a good time to be a woman in comedy? “There’s never a good time,” she says. “I’m wary to say we’re having a moment though, because by definition that implies it’s a blip or something that will go away.”