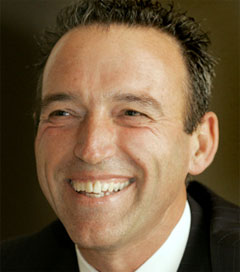 Looking at the Top Figures

New Zealand’s rich are getting richer, with the total worth of those who made it onto National Business Review’s 2013 rich list up $3.5 billion on last year, reports The Australian. Graeme Hart once again tops the list, with his worth hitting $6.4b, up $400 million from a year ago. Hart earned his fortune building a global packaging empire following his acquisition of Carter Holt Harvey. Singapore-based investor Richard Chandler ranks second, with his worth falling $1.3b to $3.7b. The Todd family is third, rising $200m to $2.9b, followed by the family of the late liquor baron Michael Erceg, up $100m to $1.6b. Philanthropist Sir Owen Glenn and businessman Sir Douglas Myers also make the top 10. There are 12 newcomers on this year’s rich list, including Victoria Ransom ($300m), who sold her Wildfire Interactive business to Google last year.