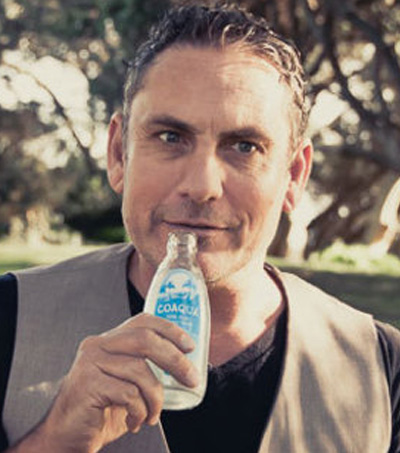 Coco’s Coconut Co, a small Kiwi startup that produces a premium brand of coconut water called CoAqua, has landed a deal with French fashion brand Givenchy to be their in-store drink.

CoAqua will soon be offered to shoppers at the 16 mainland China stores of the exclusive brand.

Grier Govorko, director and quartermaster of Coco’s Coconut Co, said the Givenchy deal is a great boost in terms of building the CoAqua brand.

“In terms of making an alliance with a luxury brand like that in a market like China, I don’t think we could have positioned it any better,” Govorko said.

“We’re positioned as a super-premium coconut water so it will be going into the hands of the consumers we’re targeting.”

Govorko set up Coco’s Coconut Co in mid-2013 with his Hong Kong-based Kiwi business partner Steve Gilbert, after spying a gap in the market for a premium brand of coconut water.

CoAqua is now available in New Zealand, Hong Kong, Macau, the US east coast and China.

The Coco’s Coconut Co founders were introduced in Hong Kong to the woman who runs Givenchy’s stores in Shanghai through a mutual friend, and gave her some samples.

Givenchy in China just happened to be on the lookout for an in store drink and CoAqua ticked all the boxes, said Govorko.

Coco’s Coconut Co has plans for further expansion into offshore markets, including the US, Singapore and possibly Korea.