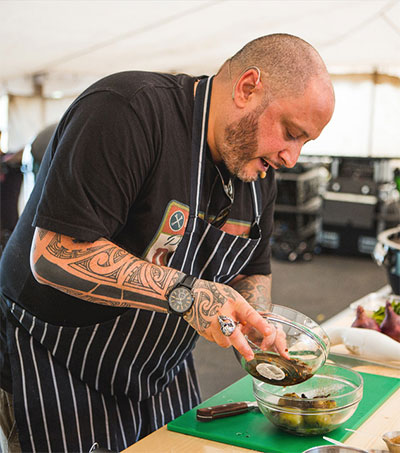 With King Charles III’s ascension to the throne, it’s only right that Wellingtonian Burgess came up with an exclusive Māori-inspired banquet fit for a king, Wikaire-Lewis reports.

Cooking up a storm in South Woodford, in London borough Redbridge, Burgess made his version of hāngī for reporters Ngahuia Wade and Tina Wickliffe inside a smoker: 65-day-aged rib of beef, kūmara from Aotearoa and more.

His career has seen him in the kitchens of England’s beloved chefs Gordon Ramsay and Jamie Oliver.