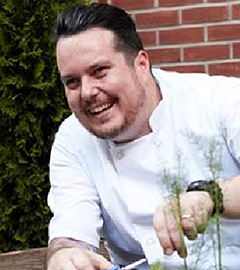 Lambert’s Musket Room was one of the winners, picking up a star for its New Zealand-themed cuisine, while Ramsay’s The London was stripped of both its stars for “instability” in the kitchen and inconsistent and erratic fare on the dining table.

“All of [us] here are so thrilled to have been awarded our first Michelin star after only being open four months,” Lambert posted on the restaurant’s Facebook page.

Michelin-starred restaurants can charge a premium for their meals, which can cost anywhere between US$95-US$395 for the food alone.

The Musket Room was praised as one of the more affordable one-star offerings, with tastings available for US$75-US$115. The menu includes Kiwi classics, albeit with a fine dining twist, pavlova, steak and cheese pie, Chatham cod and a full range of New Zealand wine.