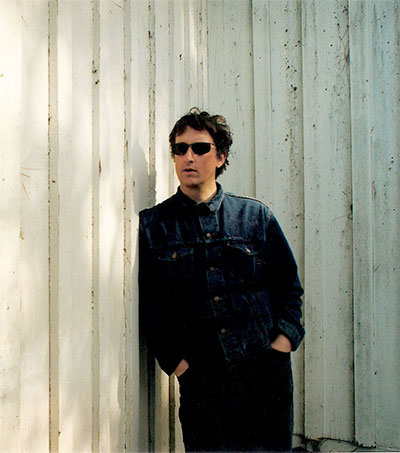 Kilgour Adds to His Unimpeachable Catalogue

David Kilgour’s 1990 solo debut album, Here Come the Cars is about as good as guitar-based pop music gets, according to Peter Krbavac at the Age, and “in a just world,” he says, “the announcement of a new Kilgour album would spark the kind of fervour which would greet the Second Coming.”

“Last week I was idly clicking away another hour of my life on a music news site when a link popped up to the video for Comin’ On, a song from the New Zealand musician’s forthcoming album End Times Undone.

“This new song surfacing seemed coincidental as, only a week or so previously, I’d found myself sitting around a fire in a [Canberra] backyard, earnestly affirming the great man’s unheralded genius to a fellow devotee.

“These people are rare: I know lots of fans of the Clean, the influential band Kilgour formed in the ‘80s which would come to define a large part of the Dunedin Sound, but his solo work seems to slip under the radar.

“Of course Joe [Sampson], the friendly guy encouraging my aimless raving, didn’t need to be told. Not only is he a native New Zealander and so well-versed in Kilgour’s unimpeachable back-catalogue, but he and his band Salad Boys – who, as an aside, are excellent and well worth checking out – have ended up as Kilgour’s occasional backing-band-by-appointment.

“At some stage in the conversation, [Sampson] made the observation that Kilgour has never done anything other than follow his own musical instincts. It seems like an obvious point, but it’s an important one – and probably a concept many musicians don’t follow enough.”