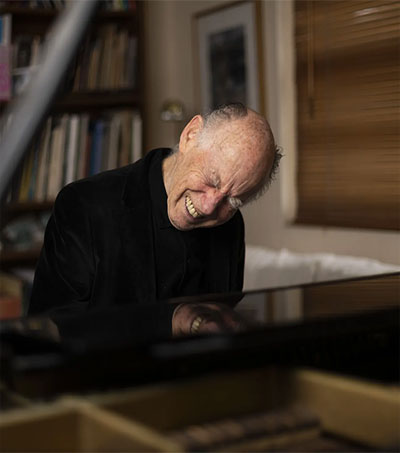 At 82, the exuberant Christchurch-born, Sydney-based pianist Mike Nock has a lifetime of stories to share, and an abundance of insights to accompany them, Jessica Nicholas writes for The Age. She speaks with Nock about his seminal 1981 album, Ondas, among other things, because he recently revisited this repertoire at the Melbourne International Jazz Festival (MIJF), 40 years after the album’s release.

Nock hadn’t listened to the album for several decades when he was invited to present it earlier this year in Sydney, and found the prospect daunting but exciting, Nicholas reports.

“I basically had to re-learn the whole thing,” he admits.

Habitually self-critical, Nock didn’t realise at the time of the recording that something special had been laid down on tape. “I didn’t think it was very good,” he says bluntly. But listening to it again after all these years has given him a new appreciation for the beauty of the compositions and the magic captured.