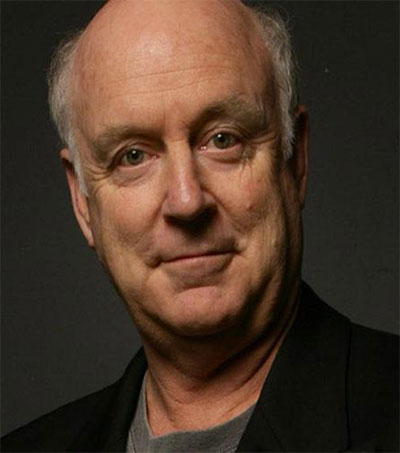 Geoffrey Rush, David Wenham and Gina Riley joined a line-up of some of Australia’s biggest names in television to pay a final tribute to renowned satirist, Palmerston North-born John Clarke in a packed out farewell at Melbourne’s town hall.

About 2000 people, among them family, friends and fans of the comedic legend, known for being one-half of the ABC’s long-running satire Clarke & Dawe, came together to say goodbye to the late Clarke in the most fitting fashion possible; with funny people reading aloud things they find funny.

Collaborator Bryan Dawe kicked off proceedings with tales of his “wonderful friend, a most caring human being, who was also one of the funniest buggers to ever walk the earth”.

“We endeavour to humbly acknowledge the depth and breadth of that gloriously coloured canvas that John painted,” Dawe said.

Clarke’s Publisher Michael Heyward described him as “like a kid in the back shed making a radio set out of hair curlers and hedge clippers. The ridiculous thing was that the radio worked.”

Event co-organiser Emily Harms, from The Wheeler Centre, said “John Clarke: A Celebration” came about almost three months after Clarke’s death at the age of 68 while bushwalking and bird watching in the Victorian countryside to give his friends and collaborators a chance to pay their tributes.

“It evolved because a lot of people wanted to show their affection for John, lots of people he’s worked with in the past wanted to put something on, to show some respect to John, and the family thought the best way [to do so] was to corral people together,” Harms said.

Clarke was beloved for his portrayal of the singlet-clad farmer Fred Dagg on stage, film and television.