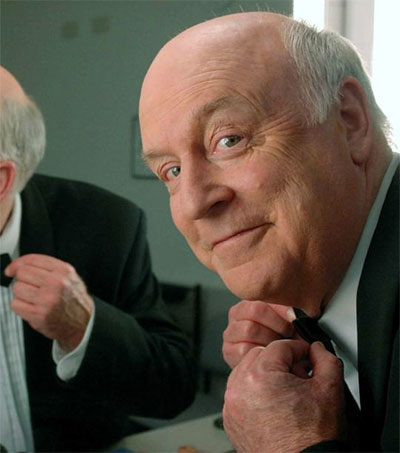 Clarke and Stevenson co-wrote the ABC TV comedy The Games and a number of comic plays, including The Royal Commission into the Australian Economy.

Stevenson recalls Clarke using the latter as an opportunity to question whether Australia is a big or a small country – because we think we’re both. “John had a witness saying, ‘Oh yes, we’re a very, very small country; we’re up against huge countries like Hong Kong and Singapore.’”

It won’t be the last time Stevenson roars at recollections of Clarke, who died in April this year; he adored and admired him.

They first met back in the late 1980s when Stevenson was a lawyer moonlighting on the Melbourne community radio station 3RRR-FM show, Lawyers, Guns and Money, which Stevenson wrote with Denis “Donoghue” Connell.

He recalls meeting Clarke after the Lawyers, Guns and Money duo wrote a play for an early Melbourne Comedy Festival, The Trial of Malcolm X. It lampooned former PM Malcolm Fraser stealing a hotel towel in Memphis. One night, festival patron Peter Cook performed as a judge and “there was no greater fan of Peter Cook in the world as John Clarke”.

“I remember looking up the back of the courtroom and thought ‘Bugger me, John Clarke’s here!’ I was so distracted,” Stevenson recalls. “John was a giant, for the greater part of his adult life he was the greatest satirist in the English language, would not have had a peer.”

“I always said it’s easy to write a successful television series if you wrote it with John Clarke,” Stevenson adds. “A genuine genius, and a very kind man. He loved Melbourne but he was a New Zealander first and foremost. He said being a New Zealander gave you two qualities: you’re able to spot a zed in any sentence, because you think it’s going to say ‘Zealand’; and you have a great understanding of the phrase ‘per capita’!”