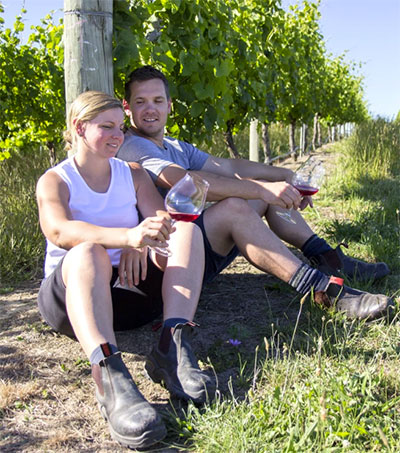 New Zealander Sarah Adamson and South Australian Greg Lane’s love affair is a story common among vintners. But the superb drinks they make under their Scout label in Central Otago are unusual, Max Allen writes for the Australian Financial Review.

For Adamson and Lane, the story started when they were both in their early 20s, working at Peregrine winery in Central Otago in 2011. Just over a decade later, following stints in Europe, the US and Australia, they’re back in Central, with Lane working as head winemaker at Mount Difficulty, and Adamson running the Scout Wines label the pair launched in 2017, Allen reports.

“We’ve purchased some land down in Bannockburn (a sub-region of Central Otago) that we’re going to plant a little vineyard on, and get that right from the start. It’s a pretty cool site,” Adamson says.

In the meantime, the couple source grapes from vineyards and regions they admire.