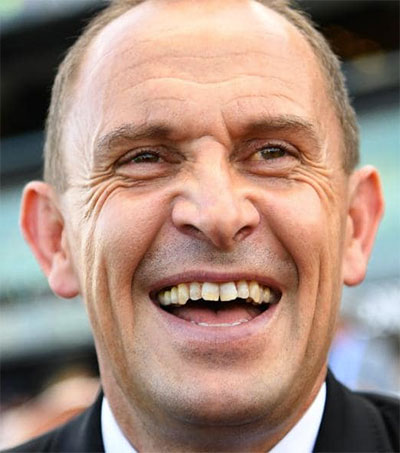 “The human stars [in Andrew Rule’s biography Winx] are painted just as painstakingly as the equine heroine, but the man who is the most fascinating is the Sydney-based New Zealander Chris Waller, who arrived in Australia with little in the way of money, horses or patrons to become, in under two decades, one of the most successful trainers the sport has seen,” Michael Lynch writes in a review of the book for The Age.

“Meticulous, humble, focused, driven, Waller is a man who leaves little to chance where his horses are concerned. His ability to keep Winx sound, fit and still interested in competing at an age (seven) when most fillies and mares are being directed towards motherhood is a feat in itself,” Lynch writes.

“To win four Cox Plates with Winx is an achievement that may never be matched, and still in his 40s, Waller is likely to set ever higher benchmarks for those coming after him to target. A bit like his superstar galloper, really.”

Waller grew up in Foxton. He moved to Sydney in 2000. He has repeatedly won the Sydney trainers’ premiership since 2010 and 2011 and has regularly been crowned Australian champion Group I trainer.