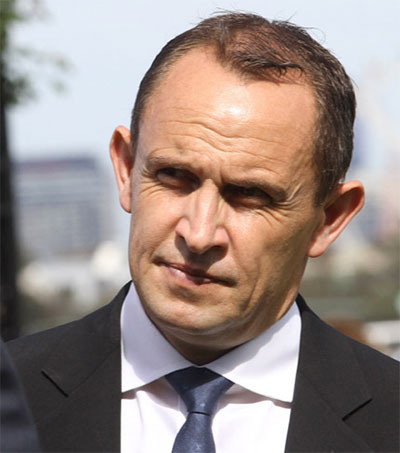 All Sydney-based trainer Chris Waller wanted to be was a reasonable trainer when he started in the tough game of preparing racehorses in his homeland of New Zealand. Reasonable has been replaced by premier trainer, even champion, as he has taken Australia by storm in the past decade. Last week, in Hamilton, Waller became a Racing Hall of Famer in New Zealand.

“I’m very proud about it,” Waller said. “When I started I wanted to be known as a reasonable trainer. I looked at trainers that were getting close to 1000 winners, which was a big deal in New Zealand, when I was 22 or 23 and thought 25 winners [a year] for 40 years and I might get there.

“Being in Australia with the volume of horses has accelerated it a bit, but I’m very honoured to be going into the Hall of Fame, even though I haven’t won a group 1 over there yet. If that comes it will be a very special day.”

Waller has crashed through the 2000 winners barrier with 75 group 1 winners and this month became the fastest trainer to 100 winners in a season in Sydney.

His list of achievements made him an easy selection for an honour “you can’t dream of”, as Waller put it.

It is a success story about a boy from Foxton who dreamed big.

It is exactly 25 years since Jonah Lomu flattened Mike Catt to score at the Rugby World Cup, where the All Black transformed into a superstar, Paul Rees writes for The…