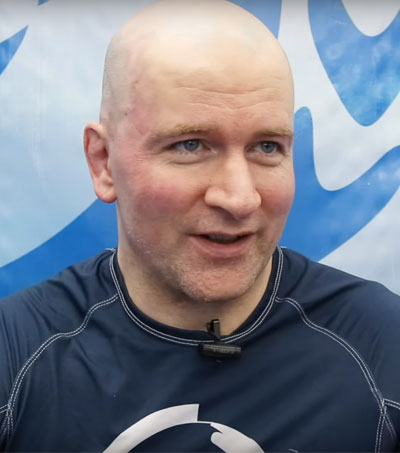 “In recent years a new school of Jiu-Jitsu players have started to perfect the leg lock game,” as reported in an article in BJJ Eastern Europe. John Danaher, New Zealand born BJJ black belt under Renzo Gracie, shared his thoughts on his leg lock system, and how he built his ‘Danaher Death Squad’ around them on Facebook.

When he first started jiu jitsu in the early-mid 1990’s leg locks were largely dismissed in the jiu jitsu community.

“As I spent more time in the sport, however, I observed the efficiency of leg locking through the work of professional fighters such as Rumina Sato among others,” said Danaher.

After meeting Dean Lister, who had some “early success in grappling competition with leg locks”, he started to “earnestly study the people most associated with leg locking skill.”

“I began an intense study of the foundation of the most high percentage leg locks – ashi garami. As months turned into years, I arrived at a sophisticated system of leg and hip controls based around ashi garami that I used with considerable success in the gym,” he said.

After meeting Eddie Cummings, Garry Tonon and Gordon Ryan, he “immediately put them on a development program that was heavy in submissions and in particular leg locks.” “Soon the three developed a very unique style that had people talking and they were pushed into higher levels of competition,” writes Danaher.

“A fascinated jiu jitsu community could see that there was something new being done here,” he writes.

“For the first time, people were watching a control based leg lock game, rather than an opportunistic or desperation based one. It had its own positional hierarchy, just like conventional jiu jitsu, only in an area that had been ignored for decades.”

John Danaher was raised in Whangaparaoa, New Zealand. According to an article in Fight Magazine, it was “books about America that offered him both an escape and education.” Danaher breezed through high school and college and graduated with a Master’s in Philosophy from Auckland University before being awarded a scholarship to Columbia University to earn his Ph.D.

His life in the early “90s was a compartmentalization of his passions”, writes TR Foley for Fight Magazine. He went to Columbia University by day and worked as a bouncer at the Upper West Side’s Crane Club by night. “It was on the barstool that Danaher got his first up-close study of the physical and psychological solutions used to control another human’s aggression,” as reported in the article.

After watching a friend’s video of UFC 2, Danaher began training with Craig Kukuk – owner of a small gym in NYC, who was often being visited by Renzo Gracie, Matt Serra, Ricardo Almeida, and “other luminaries of the sport.”

When he entered his final year in Columbia, he was “splitting time between rolling jiu-jitsu and preparing the defense of his dissertation.” When Renzo was looking for a new instructor, he jumped in.

Today, Danaher’s world is filled with learning and teaching. He “is no longer splitting his passion for philosophical thought and physical applications—he now has a laboratory where he can combine the two,” as reported in Fight Magazine.

“John Danaher is a born teacher, and he’s found his classroom,” said Dr.  Peter Maguire, historian and author who befriended Danaher at Columbia.