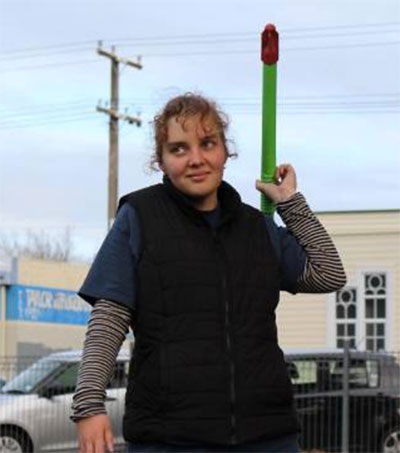 Paeroa woman Holly Jones has being selected to represent New Zealand at the Special Olympics World Games, to be held in Abu Dhabi in March.

Jones, who has dyspraxia and mild cerebral palsy, will compete in the 100-metre sprint and javelin at the event.

Jones only took up athletics last year, after a four-year stint of indoor bowls. She originally started off as a race-walker, but then progressed to running.

“My favourite part is running because it’s really good for my legs,” Jones said.

To be selected in the team, Jones first had to place within the top three in her events at nationals before a nomination for her selection went forward to Special Olympics New Zealand.

She said she would be the first New Zealander to compete in javelin at the Special Olympics World Games.