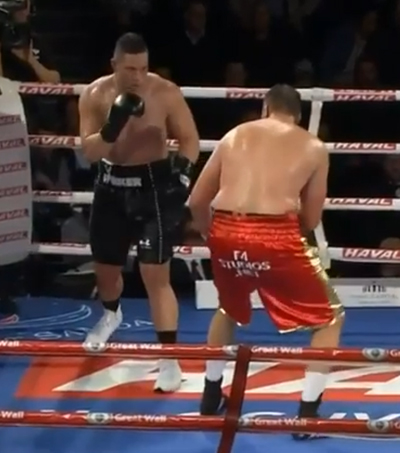 “Parker’s team will say he was clinical; his detractors will say he was pedestrian. Either way, assessing the New Zealander’s maiden defence is a tricky business given how high the excitement bar was set the previous week by [Anthony] Joshua and Wladimir Klitschko,” Isaac Robinson writes for ESPN.

“Being clinical is certainly required at this stage of Parker’s career, of course. One false move and he’ll find himself belt-less and his aura of danger evaporated. It may not have been the spectacle his fans hoped for, but the job was done.”

Parker has an unbeaten 23-match record. As an amateur he represented New Zealand at the 2010 Commonwealth Games in the super-heavyweight division.