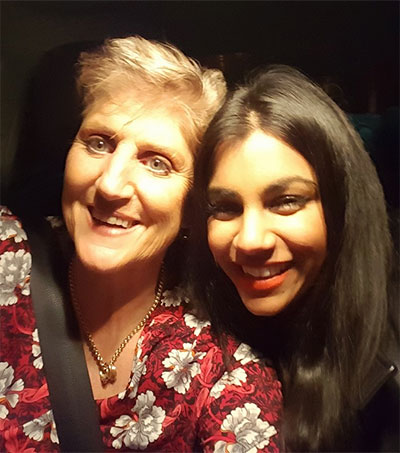 New Zealand-born taxi driver Kathy Raydings, 57, aka Grandma Uber, has made it her life’s mission to get young women home safe after a night out on the town in Brisbane.

Working in the solar industry, inspecting houses for decades, Raydings was attacked by a client’s dog in 2015. The incident not only left her traumatised, but with medical bills and limited work, prompting a downward spiral into serious financial hardship.

The grandmother-of-two turned to driving for a bit of extra cash.

Brisbane woman Amy O’Farrell heard about Grandma Uber from a colleague who would arrange for his wife to be picked up from functions, as she was frightened getting in cars alone.

“I felt compelled to do the right thing and instantly shared her photo and name with the girls of Brisbane on a local, secret girls only page which I am well known on,” O’Farrell told the Huffington Post.

The post gained more than 2000 likes in 50 minutes, and Grandma Uber’s client base has since blossomed.

With an overwhelming number of potential passengers, Grandma Uber is now recruiting.

“They’ll obviously need to get their Uber approval and credentials, but then drive under the Grandma Uber banner and logo. We’ll dress up their cars with stickers so the girls will recognise that it’s another Grandma Uber,” Raydings said.

“They just need to love the girls, treat everyone with respect, care for them, get them home. There’s no rocket science to it.”