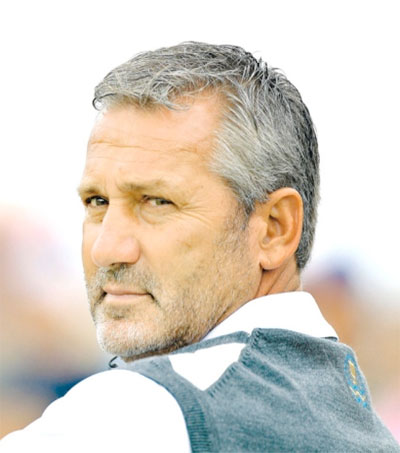 Golf Commentator One Voice worth Listening to

In a business rife with mediocrity, New Zealand-born commentator Frank Nobilo is one voice worth listening to, writes John Huggan for the Scotsman.

For a decade or so before he made the jump to the PGA Tour in 1997, the 54-year-old was a familiar face on this side of the Atlantic and a successful one, too. As winner of five European Tour events and ten more worldwide, Nobilo played for the international side in three Presidents Cups and from 1994 to 1997 was a regular contender in major championships. Seven times in that period he finished in the top 15 at one or other of the four most important events.

“It wasn’t until I was about 35 that I believed I was good enough to play with the best,” Nobilo says. “I played my best golf in 1996, when only [Nick] Faldo and [Greg] Norman had a lower stroke average in the majors. I was a grinder. I hated to give away a shot. I was Faldo with a smile. I would see a hard par-4 and grind out a par. [Five times Open champion] Peter Thomson told me once that if you can par the hard holes and birdie the easy holes, you will score well. That’s simple and logical, but it is so true in the majors.”

Always one of the more erudite figures in the professional game – he even managed to read the basically unreadable Golfing Machine instruction manual cover-to-cover – Nobilo has carried that thirst for knowledge into his new career as a broadcaster. It shows, too. Alongside his “partner in crime”, former PGA Tour player Brandel Chamblee, he routinely provides thought-provoking and insightful analysis of the professional game at the highest level.

Nobilo was born in Auckland. He retired from tournament golf in 2003.