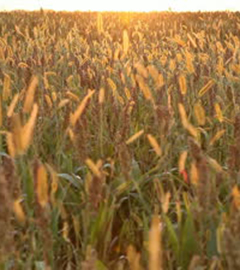 Loss-making biofuels innovator LanzaTech’s quest to raise more capital next year has been given a boost after it was named second “hottest” biotech company in the world. Industry bible Biofuels Digest also named the Auckland-based company as the fourth hottest for bio-chemicals. The welcome accolade comes after LanzaTech announced a new contract with leading Korean petro-chemical company SK Innovation. The privately-owned start-up company, which posted a $36.4 million loss last year, told the NZ Herald it will leverage the declining production of oil industry byproduct, called butadiene, which is used in tires, hoses, belts, seals, carpet backing and medical latex, among other things. The surge in the use of shale gas and fracking is responsible for the decline. The butadiene market is estimated to be worth US$20 billion and the Korean company wants to link its proprietary refining techniques with LanzaTech’s gas fermentation process. LanzaTech, which has numerous scientific and investment ventures with organisations and entities in the US, China, India and now Korea, notes in its accounts that it expects to raise further capital early next year. It is common for start-ups to “burn” capital as they develop their offering. The Kiwi company with an Illinois-based chief executive and international roll call of investors has signed arrangements with US defence contractors and Virgin Airlines, which are banking on LanzaTech cracking the aviation bio-fuel conundrum through its gas fermentation process. Biofuels Digest describes the firm’s proprietary intellection property as the “magical modified gas-fermenting organism”.