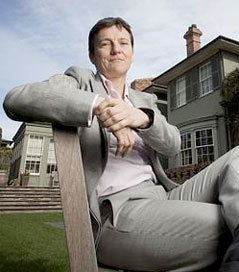 Global Consultancy Success Built Without a Plan B

“As an Auckland schoolgirl, the first high school career advice Skipp Williamson received, was that she would be well suited to a life as a builder’s labourer,” Mathew Dunckley writes for The Australian Financial Review. “Instead engineering study took her to a PhD at MIT before a switch to an MBA at Oxford led to an accidental stint at [American-based management consultancy firm] McKinsey & Co because it offered a free flight home.”

“That was the launchpad in 1996 for a hands-on brand of corporate consulting under her company’s banner, Partners in Performance International (PIP). Williamson has since built a global business servicing blue-chip clients such as BHP Billiton and working on five continents. She spends several days a week flying and managing a virtual workforce of 220 consultants and 50 support staff with no head office. There have been tough moments but she now has her sights set on global domination.”

Williamson explains her company’s beginnings. “‘It took a long time building the business, not being networked. So I just got a bunch of grey-haired men to sell for me. I found a bunch of very helpful grey-haired men, who went to the right schools, and who thought it was a great lark to get us in.’