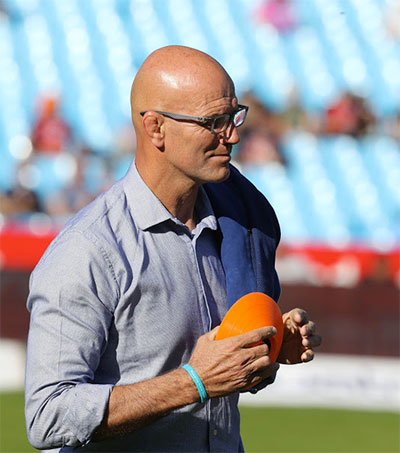 England have appointed New Zealander John Mitchell as their defence coach until the end of the 2019 Rugby World Cup.

Mitchell was England’s assistant coach under Clive Woodward between 1997 and 2000 before he went on to become head coach of the All Blacks in 2001, leading the team to a third place finish at the 2003 World Cup.

Mitchell has also held coaching positions at Premiership sides Wasps and Sale and is currently employed by South African Super Rugby side Bulls. The 54-year-old will leave the club to start his work with Eddie Jones’ team this month, ahead of England’s Autumn Internationals, which kick off against South Africa on 3 November.

“This is an exciting opportunity to work with England Rugby and support Eddie Jones as head coach,” Hawera-born Mitchell said.

“I will be joining an elite high-performance programme, Test team and coaching group where I will use all my experience and focus to bring the necessary clarity and confidence to the players from a defensive perspective.”

Jones, who names his training squad for England’s upcoming Autumn Tests, said Mitchell will bring a “wealth of experience” to the role.

“Defence is a key pillar of our game and John is an experienced coach,” Jones added.