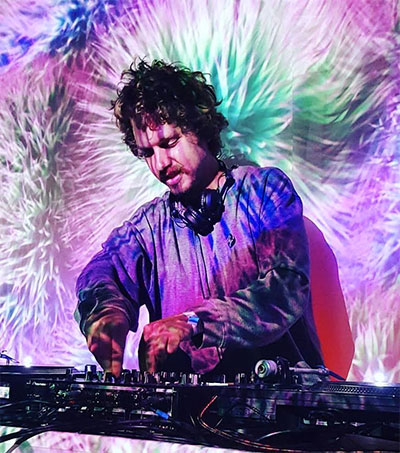 Clocking in at a staggering 21 songs, plus two remixes from DJ Manny and Borrowed CS, LWMP18 is an equally astonishing investigation of the power and potential of juke and footwork music, as re-imagined through the lens of an antipodean artist looking at the world both online and from a significant geographical distance. Interlacing footwork song structures and rhythms with elements of jazz, soul, baile funk, and R&B, it’s a unique take that could only really come from the ends of the Earth.

In a 2016 interview with The 405 El Truento talked about his background.

Raised in a household with a modern musical focus, at age nine, he learned the basics of hip-hop production on what he’s described as “the family MPC [sampling drum machine]” with an older brother as his tutor. By the time he was a teenager, El Truento was skipping out of classes at school and using the old vinyl records scattered across his family living room to broadcast on a community radio station and enter turntablist battles as DJ Truent.

He was born Christopher Martin James in 1989 and is from Auckland.