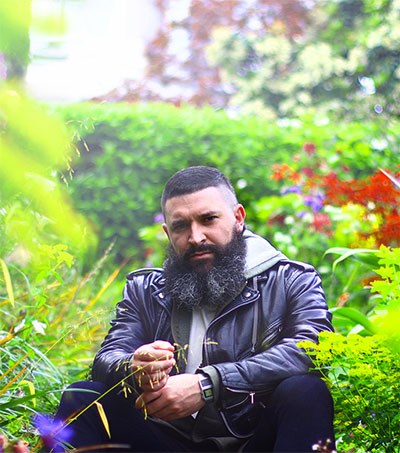 Although he’s relatively unknown outside of New Zealand, Dunedin-based avant-pop artist Dudley Benson, 35, is one of the most distinctive, singular, and divisive musical figures to emerge within his home country since the dawn of the 21st century, according to music journalist Martyn Pepperell.

Relatively unknown outside of New Zealand doesn’t mean completely unknown either. There have been moments, and they’re the kind of moments that add up to a cult reputation. He’s been remixed in a nu-rave style by Casiotone For The Painfully Alone, dueted with near-mythical English folk legend Vashti Bunyan, presented commissioned work at Berlin’s Wassermusik Festival, toured Japan and received the highly sought after obi strip reissue treatment from Tokyo’s HEADZ record label.

These moments have run alongside what now counts at twelve years of recording and releasing music, and staging performances, big and small. In that time, he’s released three full-length albums, a smattering of EPs, and the odd live recording, almost all of which has been awarded a high level of critical acclaim. Last week, Benson released his self-directed music video for ‘Cook Beleaguered’ from his third album, Zealandia.

“I’m generally attracted to filmmakers, authors and visual artists,” Benson explains, in reference to his influences. “I guess it’s because I can bounce off those people. My starting point was this nerdy geological writing by Hamish Campbell and Nick Mortimer, the two of the scientists at GNS Science who were responsible for the Zealandia continent research. For me, [Zealandia] isn’t a science album though. It had to use that as its foundation and then expand it into something completely different around identity, and a celebration of, and advocacy for, nature.”

Benson was born in Christchurch.