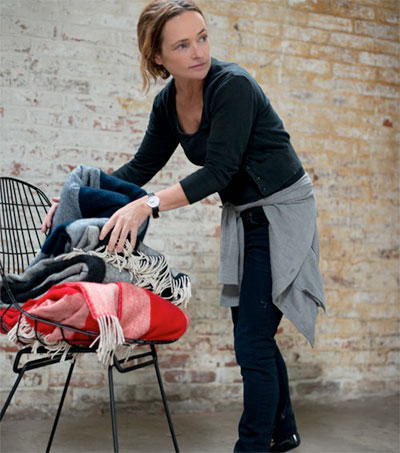 Formerly of Auckland, designer Virginia Star Busmann is the owner of Forestry at Home, a Netherlands-based woollen blanket producer, which sells plaid throws woven at a mill in Lithuania but made from New Zealand-sourced wool.

Star Busmann is an art-school graduate who previously worked in marketing, textile design and children’s clothing design. In New Zealand she began Hum, a clothing label for babies.

In the future, Star Busmann said she would like to work with alpaca and cashmere.

In an interview with the New Zealand Herald’s Viva magazine, Star Busmann said she draws from the history in Dutch architecture and culture.

“There’s a great design culture here and I’ve definitely got an altered perspective,” she said.

Her range has featured in Elle Decoration UK magazine and is stocked in Hong Kong, Berlin, London and New York.